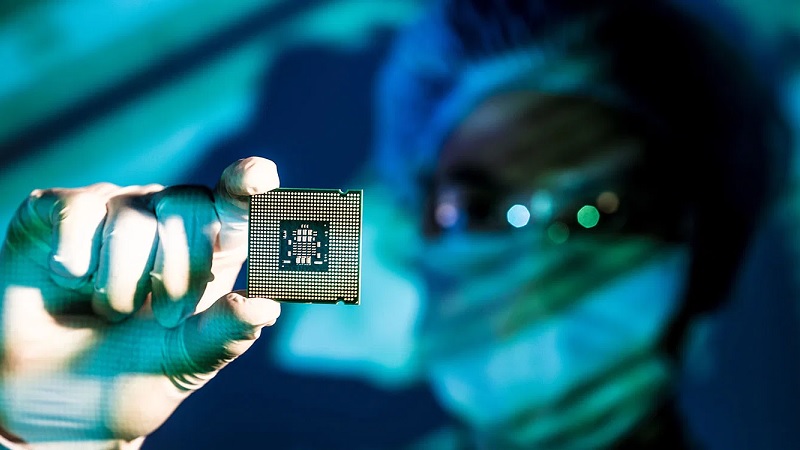 As we know, Intel is one of the strongest companies in the technology sector and has increasingly invested in innovation, even to fill the years in which it seems to have been a little dormant.

In this sense, the Californian manufacturer mentioned that in the year 2030 we will already have chips with 1 billion integrated transistors.

It was during the Hot Chip 34 conference, which took place in August, that Pat Gelsinger, CEO of Intel, revealed some interesting details about the low density of transistors per chips and his prediction for the future regarding this technological area. According to the executive, in about 10 years we may have chips with an impressive amount of 1 billion transistors. In the words of Gelsinger:

Right now, we have about 100 billion transistors per chip, but we hope to reach 1 billion in 10 years, by 2030. That’s something I want to achieve.

This information is received with enthusiasm and admiration on the part of the chip industry, however Intel did not provide further details on the process necessary to achieve this objective, nor the possible prices that these chips would have. Many of the doubts are about knowing how this huge amount of transistors will fit in a single chip, with only a few years for the necessary evolution to do so.

For this process, Intel will rely above all on the much talked about EUV-High NA (Ultra Violet Extreme) lithography, through the powerful scanners of the Dutch ASML, which Pat Gelsinger’s company has already made a point of guaranteeing in its factories. The CEO believes that “EUV High-NA lithography will keep us on track for the next decade.”

One of the less positive aspects of this innovation will certainly be the amount to pay for it. ASML equipment for this purpose is extremely expensive, costing up to 400 million euros per unit. But this is a topic that will certainly have new developments, and we will be attentive to bring you all the news about it.