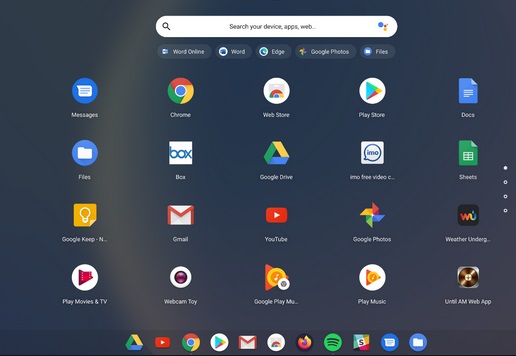 Google Chrome OS is a very young operating system compared to Windows and macOS. This does not prevent it from being very complete and above all, very alive today. Updates are already quite frequent, additions and corrections very numerous. And yet the pace will pick up even more, with Google promising monthly updates.

If you are a Chrome OS user, then this is great news. Google has just announced that its OS updates will speed up, at least once a month. This means that users can expect more fixes, security patches, and potential new features. This on a monthly basis.

This from Chrome OS 96

According to the Google press release: “To deliver new features more quickly to users while continuing to focus on the key elements of Chrome OS – security, stability, speed and simplicity – Chrome OS will move to a stable channel of 4 weeks from M96 during the fourth quarter. For business and education users, Chrome OS will also introduce a new channel with a 6-month pace from M96. More details will be announced soon. ”

This seems to be in perfect harmony with Google’s approach to its other products, especially Chrome which already benefits from a 4-week update cycle. Obviously, not all updates will be major updates, but it does show how committed Google is to its Chrome OS platform. And this could attract new users who might regret that the updates are not frequent enough.

The next version of Chrome OS is expected on July 27, it is stamped Chrome OS 92. It will be followed by Chrome OS 93 in September, and so on.