Soon more immersive video conferences than ever? This is what Google offers with Starline, a video chat technology offering a “life-size” 3D experience. Still at the prototype stage, Starline seems to want to revolutionize video conversations. 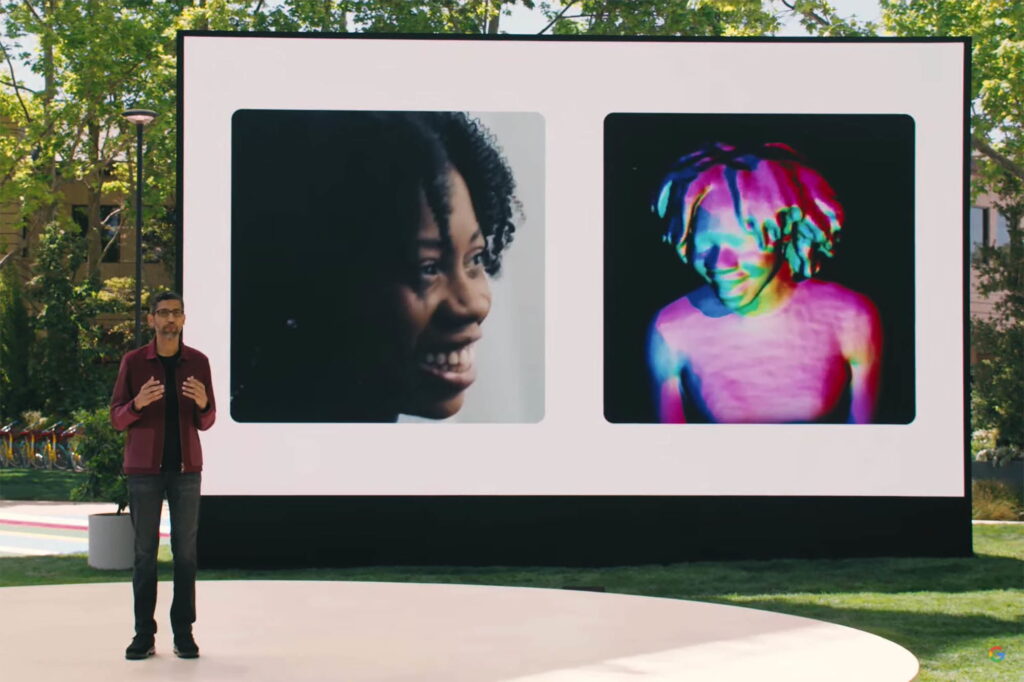 On the occasion of its annual Google I / O conference, whose keynote took place on the evening of May 18, Google presented a volumetric video discussion project: Starline. It takes the form of a kiosk equipped with sensors to scan the user in real time and a screen with “lightfield” display capabilities (which transcribes the depth and the volume effect).

The result is a device that gives the impression that the other person is sitting in front of you, even when they are thousands of kilometers away. “Imagine that you are looking out of some sort of magical window, and that through that window you see another person, life-size and in three dimensions. You can speak to him naturally, make gestures and make eye contact”, details Clay Bavor, in charge of augmented reality at Google.

A Technology still in the Prototype Stage

The first devices are currently only available for trial in a few offices of the company. The project is based on custom-built equipment and equipment that seems quite substantial. It is based on the work of Paul Debevec and his team in volumetric video, that is to say video capture of a three-dimensional volume and not just a 2D image.

“To make this experience possible, we apply research in the areas of computer vision, machine learning, sound spatialization and real-time compression,” writes Clay Bavor. “We have also developed a display system that creates a feeling of volume and depth that can be experienced without the need for glasses or headphones,” he adds.

Data compression is an important aspect of the device, as volumetric video produces very large file sizes. However, to guarantee the “magic” of the experience, it is necessary that it takes place in real time, which implies a latency which is counted in milliseconds.

For the moment Google has not given more details on this project, such as the cost of the device or the roadmap for its development. However, he said he planned a test deployment to partner companies later this year. Wider marketing to the general public, however, does not seem possible for several years.