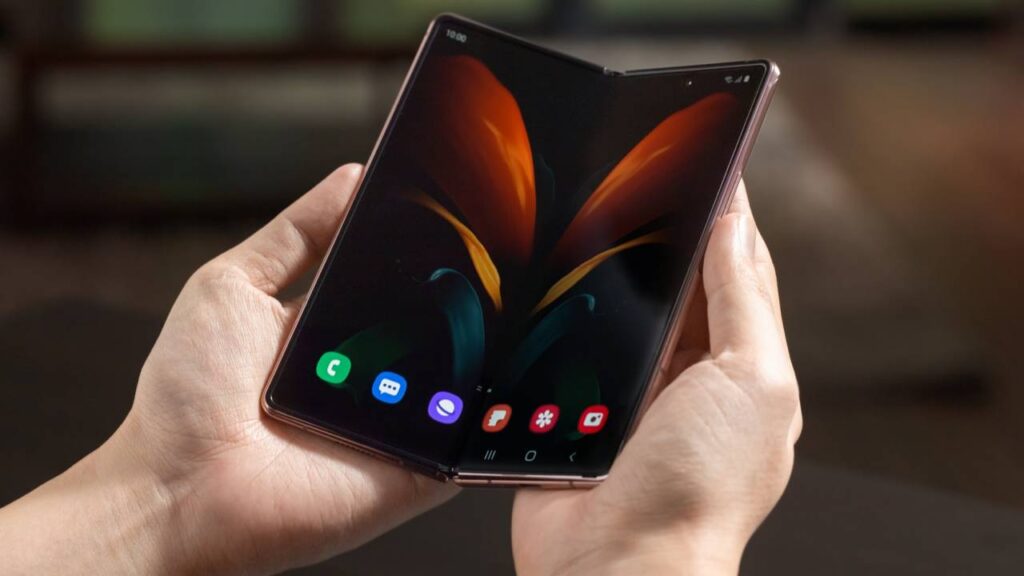 Now the price of this foldable Phone is:

Some such are the specifications of this Smartphone

Samsung Galaxy Z Fold 2 has a 7.6-inch Full HD + foldable Dynamic AMOLED Infinity-O screen. Its resolution is 1768X2208 pixels and the refresh rate is 120Hz. The secondary display in the phone is a 6.2-inch Super AMOLED Infinity Flex screen. This foldable phone of Samsung is powered by Qualcomm Snapdragon 865+ processor. This phone comes with 12 GB of RAM. Triple camera setup has been given in the back of the phone. Its back has three cameras of 12-12 megapixels. At the same time, a 10-megapixel sensor has been given in the front.

4,500 mAh battery with fast charging support in the Phone