As expected, the OnePlus brand officially presented a new mid-range smartphone to replace the current OnePlus North. The new OnePlus Nord CE 5G wants to be a technically interesting proposition while being affordable. Here are all the details.

After several leaks on certain technical characteristics of its new mobile and recent indiscretions, OnePlus has lifted the veil on the OnePlus Nord CE 5G which corresponds to an expectation in terms of connectivity and mobile that can allow for a flawless digital life. It already benefits from a rather remarkable smoothness since it is only 7.9 mm thick and weighs 170 grams. That’s 14 grams lighter than the current OnePlus Nord and 0.3mm thicker. Despite this, it offers a 3.5mm audio jack port to plug in headphones. 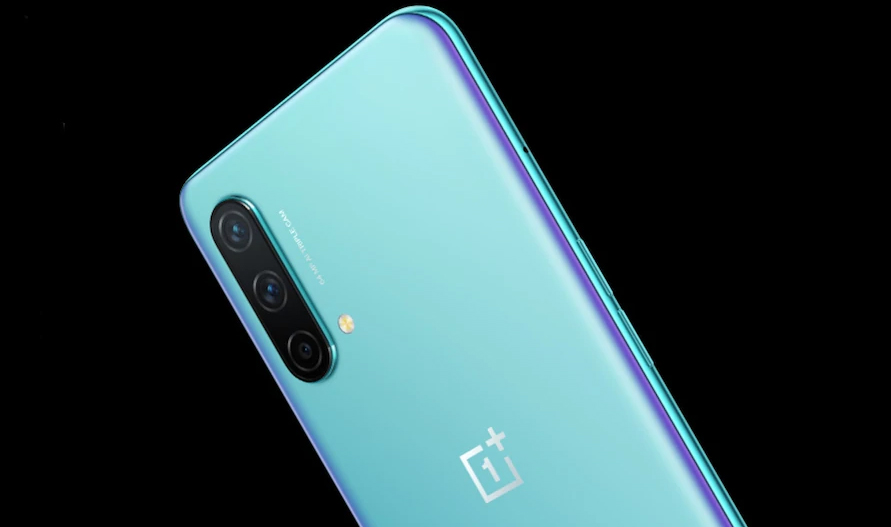 The new OnePlus Nord CE 5G smartphone benefits from a 6.43-inch screen displaying a definition of 1080×2400 pixels in 20: 9 format on an AMOLED panel with a refresh rate of 90 Hz, as very similar to the OnePlus Nord except for the diagonal that was 6.44 inches.

The mobile is powered by a Qualcomm Snapdragon 750G chip associated with 6, 8 or 12 GB of RAM depending on the configuration chosen and with 128 or 256 GB of internal storage space in UFS 2.1 format and without possibility of expansion. The Nord has a Snapdragon 765G chip with 8 or 12 GB. For the CE version, the battery has a capacity of 4500 mAh (compared to 4,115 mAh for the OnePlus Nord) with support at 30 Watts.

For the photo part, the OnePlus Nord CE 5G loses a lens since four sensors are installed on the OnePlus Nord while the CE 5G has a 64-megapixel main module accompanied by an 8-megapixel 119-degree sensor for photos in wide-angle and a last of 2 megapixels.

The North had a 48 megapixel instead of the 64 and a 5 megapixel, in addition. Note the ability to film with Ultra HD definition at 30 frames per second. To take a selfie, you have to rely on a 16-megapixel sensor, while the Nord offers two 32-megapixel and 8-megapixel sensors for ultra wide-angle. In terms of connectivity, the OnePlus Nord CE 5G is therefore compatible with 5G and Wi-Fi 5, like the OnePlus Nord. It supports Bluetooth as well as NFC. There is a fingerprint reader under the screen.

Powered by Android 11 with an OxygenOS 11 overlay, the OnePlus Nord CE 5G will benefit from two years of system updates and three years of security updates. Pre-orders reserved for members of the OnePlus community are open now until 1am Friday.